Jaw on ground. You are not ready for 'Avengers: Infinity War'. All you have to know is AVOID ALL SPOILERS! Seriously. Go in knowing as little as possible. The @Russo_Brothers did the impossible. Wow. pic.twitter.com/noKZ5cQWdc

After 10 years of investment in this series & these characters, boy does #AvengersInfinityWar knock you on your ass. Humor, sky high stakes & a truly overwhelming amount of emotion in it. Russos did a great job spreading screen time for the ensemble but my MVPs – The Guardians.

AVENGERS: INFINITY WAR is basically CAPTAIN AMERICA: CIVIL WAR times 20, except with less hero-on-hero fighting. I think people who loved the airport fight in CIVIL WAR like I did will go nuts for this film, and people who were bored will be 20 times as bored here. #InfinityWar

#Avengers #InfinityWar: Wow. Just…WOW! I was NOT expecting THIS! What a ballsy movie! Blown away! See this NOW! Do not get spoiled! Can’t believe what I just saw!!!! pic.twitter.com/dITeGTHTsu

Wow! Marvel dropped all the rules, fists out and what a tornado!! #AvengersInfinityWar was a blast and Thanos just dethroned Killmonger as the champion of villains.

#InfinityWar is everything you want, nothing you expect. It’s funny, surprising, dark, filled with delightful interplay between characters never seen on screen before. I know many filmmakers say they are trying to make a sequel in the vein of Empire Strikes Back, this succeeds.

You are not ready for what #AvengersInfinityWar is about to bring. I have so many emotions… This is a roller coaster filled with twists and turns. If you haven’t bought your ticket, what are you doing? Go. See. It.

#1. Even if you’ve watched every trailer, you have no idea what’s coming. #2. You and whatever crowd you see it with will audibly gasp at the end. #3. Marvel just fixed their villain problem, cause #Thanos is one bad mofo. #infinitywar #avengers

INFINITY WAR is exhausting. *Exhausting.* It all just turned into noise for me after a while. But the amazing ending almost made up for the rest of it. And Thanos is a good, sad villain.

i’m actually still up for the INFINITY WAR social embargo!

I mostly felt the same way I did about CIVIL WAR. til the last act which is admirably nuts. it’s weightless in that giant crossover way, but then it really goes for it. some stuff made me GRUMPY. I dunno. what a world!

#InfinityWar is mostly great, somehow managing to mix all the elements of the MCU into one big mix-tape of fun, thrills, emotion… and despair. The ending is brilliant.

#AvengersInfinityWar: Despite some truly thrilling moments, feels like less than the sum of its parts. A definite step down after that epic run of GotGV2 / Spidey / Thor 3 / Black Panther, but what else did I expect?

AVENGERS: INFINITY WAR has like ten legit "chill down the spine" great moments. But it's for sure the first half of a two part movie and I left a little unsatisfied/frustrated, maybe by design … at least that's how I feel right now three hours later. 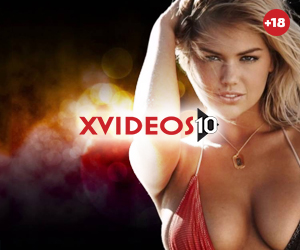