#SpiderManHomecoming is SUCH a good time. Fun, inventive action w/ some of the best humor in a Marvel film yet. Great start for MCU Spidey! pic.twitter.com/8kTnG6wtO2

Spider-Man: Homecoming is endless fun, from the first second to the last. Flawless.

SPIDER-MAN HOMECOMING is my favorite of the Spider-Man movies so far. I like first two Sam Raimi ones but this is better. Avoid spoilers!! pic.twitter.com/bF4CsZsKU5

Spider-Man: Homecoming is a blast. It has an innocence that differentiates it from the other MCU movies but plenty of fun & spectacle too.

it felt weird at the start, but then act 3 clicks in BIG TIME. A few days removed, the more I think about it, the more I like it.

And because people will ask, Spider-Man: Homecoming is EASILY the best Spider-Man movie since Spider-Man 2. Close to Raimi's original.

And this Peter just loves being Spider-Man more than anything. Pure joy. His catchphrase should be "With great power comes great FUN."

The film glosses over his origin, which robs Spider-Man of his inherent tragedy. So it plays like a teen flick about growing up too fast.

SPIDER-MAN: HOMECOMING is tons of fun, whip-smart, and entertaining all the way through. 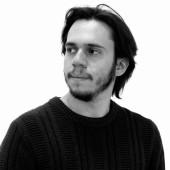